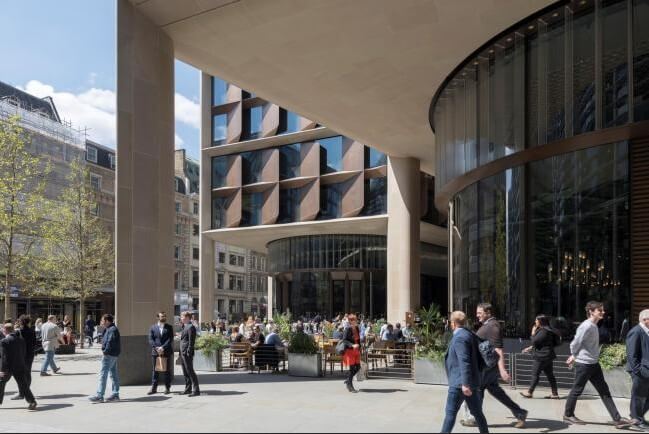 Check out our case study on this amazing building

Bloomberg’s European headquarters has been described as the world’s most sustainable office by building environment experts, and is thought to be the largest stone building in the City of London since St Paul’s Cathedral.

Two buildings connected by a bridge sit either side of a new public arcade, which re-establishes an ancient Roman road.

The scheme also incorporates new access to Bank Underground station, cafes and restaurants, and a museum displaying the Roman Temple of Mithras, which was discovered on the site 60 years ago.