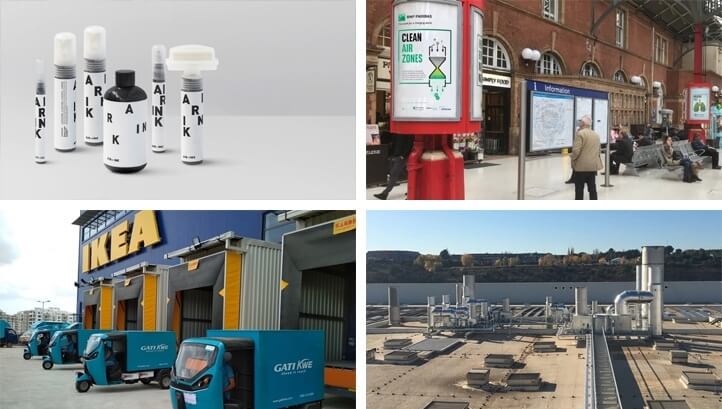 To coincide with the UK’s Clean Air Summit, edie has rounded up some of the ground-breaking innovations being explored by companies across the globe as we look to tackle the dangers of air pollution.

The event, which was jointly hosted by London Mayor Sadiq Khan, Unicef and the UK:100 network on Thursday (14 February), served to highlight the scale of the toxic air challenge in the UK and abroad, after the UK’s polluted air was declared a “public health emergency” by MPs in 2016.

Specifically, the occasion was used to launch the UK:100 network’s #LoveCleanAir campaign, which calls on the UK Government to create a £1.5bn vehicle upgrading programme for the nation’s most polluting cars, vans, buses and heavy goods vehicles (HGVs). Backed by 16 city leaders from across the UK, the campaign is also lobbying for the adoption of the World Health Organisation’s (WHO) recommended air pollution limits as legally binding targets to be achieved by 2030.