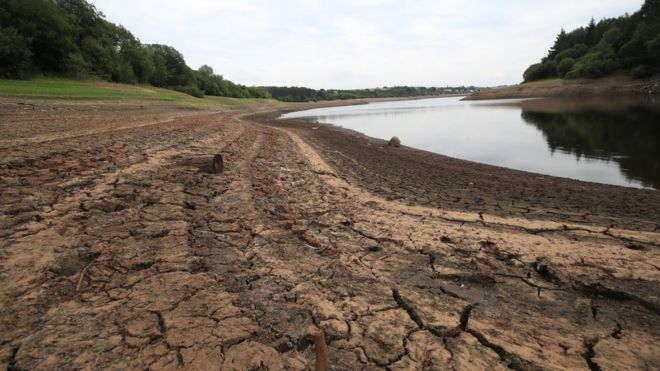 
Within 25 years England will not have enough water to meet demand, the head of the Environment Agency is warning.

The impact of climate change, combined with population growth, means the country is facing an “existential threat”, Sir James Bevan is expected to say in a speech.

He wants to see wasting water become “as socially unacceptable as blowing smoke in the face of a baby”.

“We all need to use less water”, he is expected to say at a London conference.

Sir James Bevan was appointed chief executive of the Environment Agency – the public body responsible for protecting the environment and wildlife in England – in 2015 after a career as a diplomat.

He is expected to say that, in around 20 to 25 years, England will reach the “jaws of death – the point at which, unless we take action to change things, we will not have enough water to supply our needs”.

Half of the problem is climate change, which means hotter and drier summers in the UK, he will add.

And the other half of the problem is the UK’s rising population, which is expected to increase by eight million people by 2050 (from 67 million now to 75 million).