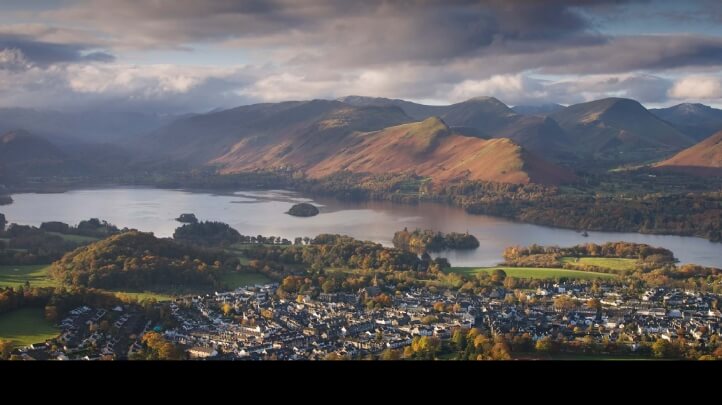 
The implementation of the UK’s new Environment Principles and Governance Bill would lead to key national environmental policies becoming “severely downgraded” from those currently mandated by the EU, MPs on the Environmental Audit Committee (EAC) have warned.

The EAC has warned that the Draft Bill falls “woefully short” on the UK’s vision to maintain or better EU environmental standards post-Brexit. Pictured: Derwentwater in the Lake District.

The EAC’s scrutiny of the Government’s Draft Environment Bill claims that the document is “lacking coherence” and leaves “many Governmental departments exempt” from environmental responsibilities.

Specifically, the Committee is concerned that the Bill in its current form would allow the Secretary of State to exclude policies considered “not relevant” or with “no significant environmental benefit” – including those concerning general taxation and spending. The policy framework also excludes select landowners from taking environmental responsibilities, a clause which would exempt the Ministry of Defence from the scrutiny of the UK’s new post-Brexit green watchdog, the Office for Environmental Protection (OEP).

According to the Draft Environment Bill, the OEP will have the power to take businesses, public bodies and the Government to court over any breaches of environmental law. However, it will not be able to issue fines, call senior representatives to attend Government hearings or place non-compliant organisations into ‘special measures’.

While Environment Secretary Michael Gove has argued that these factors will make the OEP “world-leading”, the EAC’s scrutiny report concludes that the Government has failed to prove that it will give the body “the independence it needs” to achieve such status.

It recommends that the Bill should be amended to ensure that the OEP should report to Parliament; that MPs should be given a greater role in the appointments process for the body; that the Government should put a five-year budget for the OEP to a vote in the House of Commons and that the OEP should be given greater powers to tackle climate change challenges. The latter recommendation comes after greenhouse gas (GHG) emissions were chosen to be excluded from the definition of the term “environmental law” the Draft Bill.